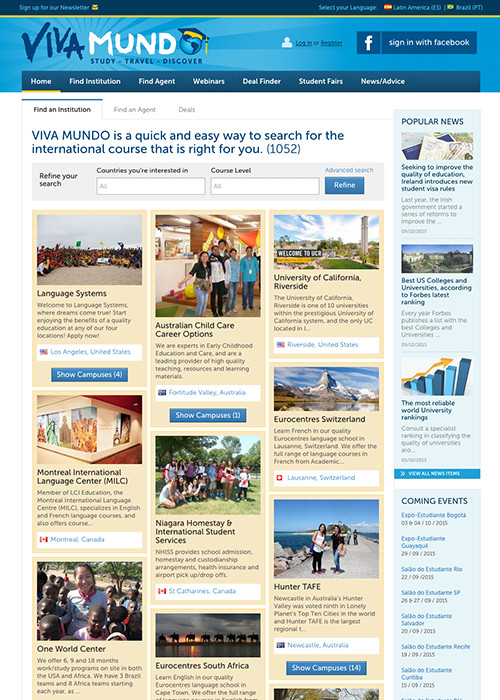 Unfortunately for Viva Mundo, it was extremely slow when accessed from various parts of the world on different devices. Evocode collaborated with Redfox Media to diagnose and increase the performance of the website.

We started by analyzing the existing technology platform. It was critical that we operate within the existing technology stack and deliver the best world-wide performance possible. We identified some expensive programming calls in the software stack and re-worked entire sections of the code base. We eliminated redundant Ajax calls and consolodated the expensive calculation of featured listings to a single Ajax call.

We concatenated, compiled, optimized all of the assets and converted third party libraries to run asynchronously. Finally we utilized CloudFlare to provide DNS, CDN, and aggressive caching strategies.

The results were simply amazing. Responsive times in Latin American often exceeded 2 minutes prior to our changes and now load in mere seconds. We increased speed by a factor of 12, which opened an entirely new customer base for Viva Mundo and new opportunities for the students of Latin America.